When our private tour guide, Vlaho, lamented to our group that the history of Croatia was “complex” it was a grand understatement.

Although nowadays the playground of millennials, who mostly visit this majestic country to party during the annual ‘Yacht Week’, it has had a somewhat complicated and often tragic past. However, it is hands down, an amazing nation to visit for a special holiday or celebration.

To give you a potted history, Croatia has been variously occupied by the Romans, Austrian-Hungarians, Venetians and Ottomans. It became part of the Independent State of Yugoslavia after World War I and then the Social Republic of Yugoslavia after World War II. Under the Communist rule of Tito, Yugoslavia consisted of Croatia, Bosnia and Herzegovina, Serbia, Slovenia, Montenegro and Macedonia. These former rivals were thrown together to live and work alongside each other in harmony. For a while, the country thrived. However, following Tito’s death in 1980, ancient rivalries surfaced and a bitter war ensued during which ‘ethnic cleansing’ saw 100,000 people killed, many of them civilians. NATO finally intervened in 1995 and Croatia became an independent nation.

Croatia’s bloody history cannot be forgotten – it is etched in the bullet-strewn walls of ancient buildings and immortalised in the cobblestones of winding streets. But Croatians have opened their borders and hearts to foreign visitors, proud to share their stunning coastline and achingly gorgeous towns. They particularly welcome the throngs of partying beach bodies and those on the trail of Game of Thrones.

Two of the most visited cities are Split and Dubrovnik, and they are a good place to start.

The Emperor’s Palace now the old town of Split

The old town of Split is essentially in the grounds of what was a summer palace and military camp built by the Roman Emperor Diocletian between 295 and 305. It is now a three hectare (seven acre) maze of winding cobblestone streets with Roman buildings boasting cafes, art galleries, restaurants, shops and hotels, as well as some private residences. If you are staying in a hotel in the old town, just be aware that you will need to walk there from a street outside the town, as no cars can navigate its narrow laneways.

A UNESCO World Heritage Site, the Diocletian Palace, as it is still called, also consists of a substructure of cave-like rooms that once were used for storage and housing, and now host exhibitions, plays, fairs and other cultural events.

When we were there, a Croatian wine fair, with local food specialities, was in progress. We spent a rainy afternoon underground, sipping dry Croatian wines, tasting truffle cheese and chocolate and generally soaking up the ambience of this unique and cavernous space.

So much to explore in Split

Finding our way back through the winding laneways to our boutique Hotel Murum – seven rooms housed in ancient Roman walls dating back 1700 years – was a challenge, but not without its joys. A visit to the outdoor Pazar (green food market) to haggle with stall-holders over freshly-sliced meats, chunky bread, creamy cheese, juicy strawberries, dusted dried figs, crunchy almonds and ruby red tomatoes, was a welcome diversion. We headed back to our hotel balcony to consume them like the locals overlooking the surrounding red rooftops and towering spires. 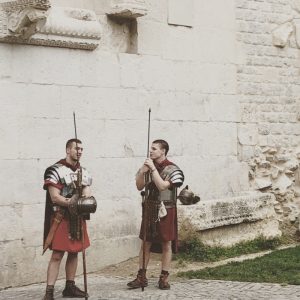 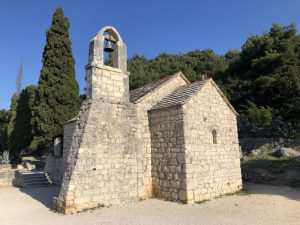 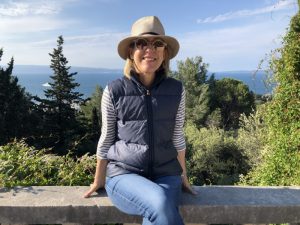 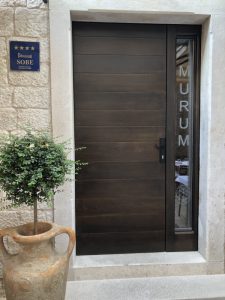 Strolling down the sophisticated Marmont shopping street, stopping at the unique fish market, overflowing with freshly-caught produce, kept free from flies due to the smell of sulphur from the nearby spa, is also an essential daytime activity. So is walking along the Split waterfront, The Riva, ‘people watching’! If you feel like stretching your legs a bit further, a hike up Marjan hill, to take in superb views of Split, its harbour and surrounding islands and visit some of its quaint Medieval chapels, is a perfect way to work up an appetite.

There are plenty of restaurants to choose from in Split, and eating in a courtyard surrounded by stone walls at Makarun is a must, particularly if you are keen to try authentic Dalmation cuisine and Croatian wines.

Of course, being on the coast, Split has a thriving port, and it was from here that we embarked on our journey to Dubrovnik by boat, passing some of the stunning islands along the way. 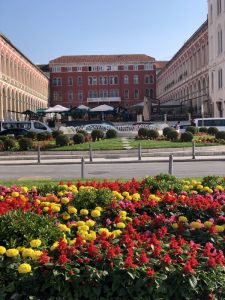 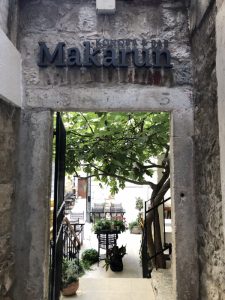 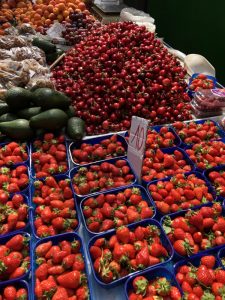 Dubrovnik – more than Game of Thrones

Dubrovnik old town is a masterpiece of preservation, despite being almost decimated in the most recent homeland war. It has been painstakingly rebuilt and stands proud and majestic on the waterfront. There is much to see and do in the old town, including eating, drinking, shopping, strolling, and more cultural activities such as visiting the church of St Blaise – the saint protector of the city. You can also visit one of the world’s oldest pharmacies inside the Franciscan monastery. Steep steps lead to the 2 km of Dubrovnik Old Town walls which can be walked for 200 Kunas – well worth it for the magnificent views and pit-stop cafes enroute. For Game of Thrones fans, the old town is a ‘must visit’ and there are tours to assist in finding the sites otherwise known as Kings Landing and the Walk of Shame, amongst others.

Taking the cable car (or taxi) to Panorama Restaurant for lunch is a great way to get the best view of the old town and beyond. Some choose to hike it, but I would say that is only for the purists!

We stayed just outside the town centre in an area known as Lapad. It has its own strip of restaurants and shops, a beach – Sunset Beach – and is in strolling distance to two other beach clubs – the partly naturist Cava and family-friendly Copacabana. There are many luxurious hotels on the waterfront to choose from, such as Hotel More, with its unique bar built into a cave, as well as restaurants and bars with stunning views over the Adriatic. Sunbathing on one of the rocky outcrops while being served an Aperol Spritz from the bar, slipping into the blue-green ocean when the sun starts to burn, is the perfect way to spend a leisurely day. 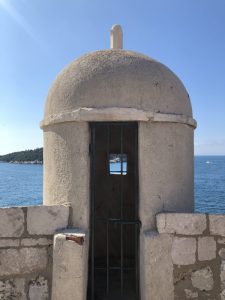 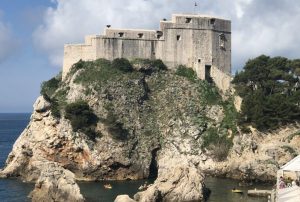 ‘Kings Landing’ in Game of Thrones 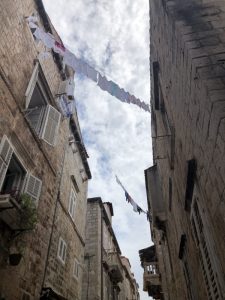 The streets of Dubrovnik

If you feel like exploring further afield, you can do a day trip to Bosnia Herzegovina, a country rich in history and raw beauty, or Montenegro, with its stunning lakes and fjords. A visit to one of the many islands dotting the Adriatic, is a must.  These include the nearby Lokrum with its beaches, Benedictine Monastery and botanic gardens; Hvar, with its vineyards, fields of lavender, olive trees, beaches and historical town centre; or Korcula, believed to have been the home of Marco Polo, and known today as the ‘little Dubrovnik’ . 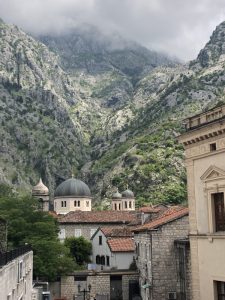 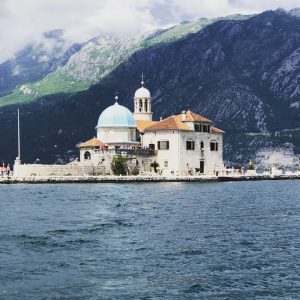 Our Lady of the Rocks, Montenegro

Our time in Croatia was all too brief and it is definitely I country I would like to revisit. Exploring the islands, and indulging in the abundant seafood and wines are top of the list, as well as luxuriating on a rocky outcrop overlooking that impossibly blue-green sea! 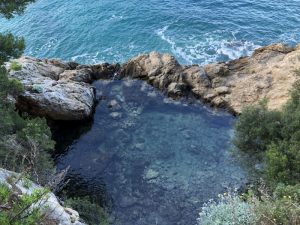 Blue waters of the Adriatic 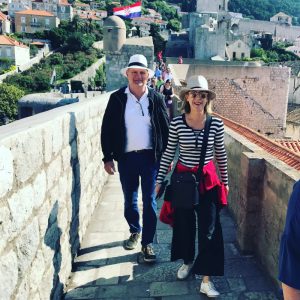 If you enjoyed this article please feel free to leave a comment or share on social media.  If you would like more of the same, contact me to schedule a time to discuss how I can help you to create your dream celebration. You can also Subscribe to our Life Stories.